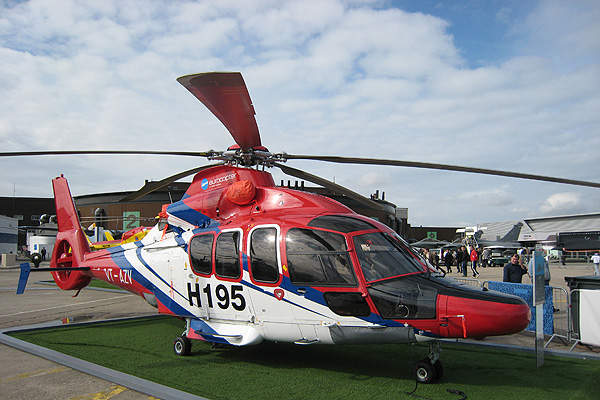 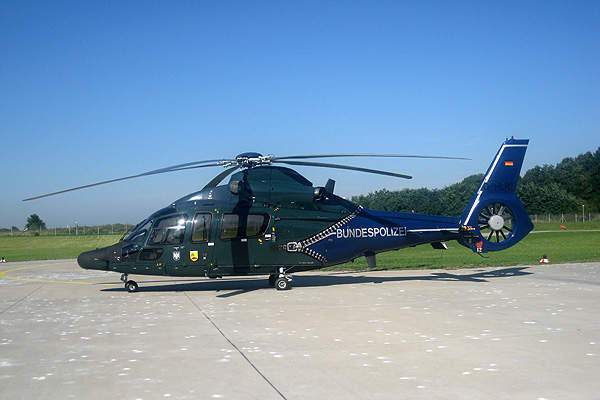 An EC155 helicopter of the German Federal Police. Image courtesy of Wo st 01. 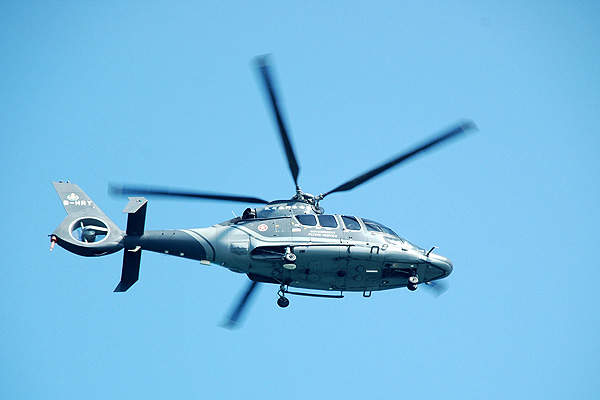 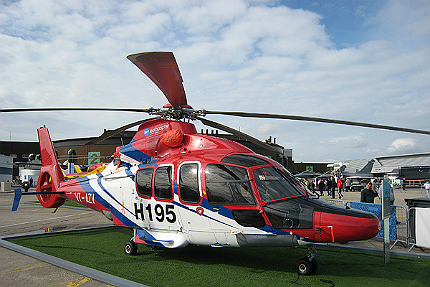 EC155 B1 is a multimission helicopter manufactured by Eurocopter, an EADS company. The helicopter is intended for multipurpose missions such as transportation, police, public service, offshore and emergency medical service (EMS).

The multimission Eurocopter helicopter is in service with law enforcement agencies in a number of countries, including Hong Kong Special Administrative Region, China, Japan, Thailand, Germany and the United States.

The helicopters are deployed in Europe to patrol land and sea borders. A number of Asian countries use it for patrolling territorial waters and fire fighting.

In September 2009, Eurocopter received a contract from the Royal Thai Police (RTP) for three EC155 Dauphin helicopters. The helicopters are used for VVIP missions.

"The multimission Eurocopter helicopter is in service with law enforcement agencies in a number of countries."

The EC155 B1 helicopter integrates a modular design accepting modifications and equipped for various applications. The interior space can be customised according to the specific requirements of customers.

The helicopter incorporates a new five-composite blade main rotor and an advanced fenestron for yaw control.

The helicopter is equipped with various interchangeable parts that can be replaced quickly for easy maintenance and reduced down time.

The modularly designed engines, main rotor head and main gearbox can be directly accessed, while other components can be easily removed with minimal effort.

The Public Services mission configuration can be equipped with fixed equipment, such as hoist, searchlight, sling, electrical hailers and rappelling.

The helicopter can be fitted with removable parts based on the customer requirements. The specific equipment such as forward looking infrared radar (FLIR), mission console and EMS equipment can be integrated upon request by customers.

The cockpit is also equipped with dual flight controls, indicators and warning lights. The standard four-axis auto-pilot reduces the workload of pilot.

Cabin of Eurocopter’s EC155 B1

The spacious cabin of the EC155 B1 offers a volume of 6.66m³. It can accommodate 12 passengers, plus two pilots in the Passenger Transport configuration.

The VIP version can house up to eight executives in a comfortable working environment. The cabin can be accessed through two passenger sliding doors.

The helicopter also offers ample baggage space for accommodating luggage and additional equipment. The baggage compartment can be accessed from both sides of the aircraft.

"The EC155 B1 helicopter integrates a modular design accepting modifications and equipped for various applications."

The average fuel consumption of EC155 B1 at recommended cruise speed is 345kg/h. The standard fuel tanks can store 1,257L of fuel. The helicopter can be equipped with auxiliary fuel tank with a capacity of 180L.

The helicopter is fitted with retractable tricycle landing gear. The differential brakes and parking brake ensure the control of wheel units.