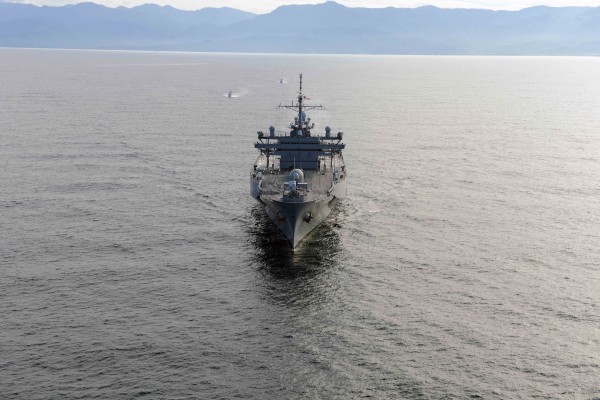 USS Mount Whitney operations officer lieutenant commander Benjamin Nehrke said: "I think that formation steaming and tactical manoeuvres like this provide excellent opportunities to conduct bilateral operations with one another."

"I enjoy sharing knowledge with our counterparts since we are both working toward the same goal of serving our countries and contributing to the mission at hand.

Mount Whitney has been carrying out naval operations in the US 6th Fleet area of operations for US national security interests in Europe.