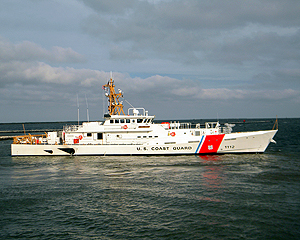 The US Coast Guard (USCG) has taken delivery of its 12th Sentinel-class fast response cutter (FRC) from Bollinger Shipyards.

Bollinger president & CEO Ben Bordelon said: "We are very pleased to announce the delivery of the latest FRC built by Bollinger, the Isaac Mayo, to the 7th Coast Guard District in Key West, Florida."

Set for commissioning in Key West, Florida during March 2015, the latest FPV is named after a Coast Guard Hero, Isaac Mayo.

The new vessel has been built as part of the USCG’s Deepwater programme to replace the ageing fleet of the 110ft-long Island-class cutters.

The Sentinel-class FRCs can house a crew of 22 and deploy rigid-hull inflatable boats (RHIB) to carry out rescue and interception missions.

Claimed to be an operational ‘game changer’ by senior Coast Guard officials, the vessel boasts flank speed of 28k, while featuring latest command, control, communications and computer technology, and a stern launch system for the vessel’s 26ft cutter boat.