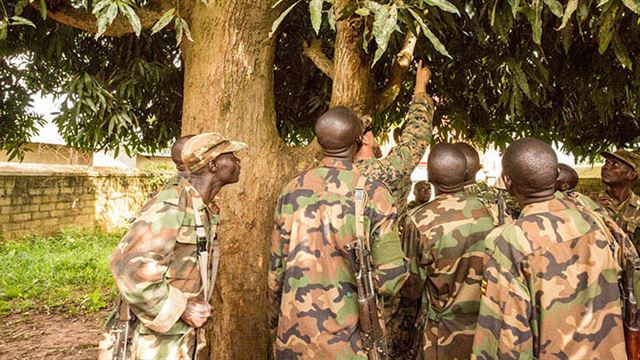 The US Marines deployed with SPMAGTF-Crisis Response-Africa have successfully completed training the Ugandan People’s Defense Force over detection methods and safety precautions for improvised explosive devices (IED) in Camp Singo.

Ugandan People’s Defense Force soldier said: "There is a lot of information given to us in a short amount of time, but PowerPoint presentations help and I really like the practical application portions after the classroom instruction."

As part of the training exercise that started in October, explosive ordnance disposal technicians asked UPDF soldiers to point out potential danger areas for IED placement. The training was being carried out in a specifically designed area called ‘Military Operations in Urban Terrain’ (MOUT) town.

Upon the successful completion of the walk through, the Marines showed them UPDF personnel the original hiding place of simulated IEDs.

Another part of the ongoing training involves detonating a range of explosives in a bid to demonstrate the dangers posed when IEDs of several sizes detonate and also the amount of destruction caused by them.

Further, the training will also help UPDF in honing their skills in basic infantry tactics, engineering, logistical support, countering-improvised explosive devices, lifesaving techniques, and convoy operations, which would be implemented during upcoming deployments.

The training is scheduled to end during the month of December.