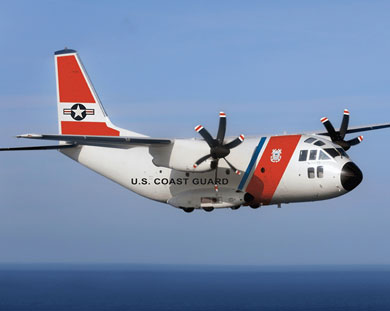 The US Coast Guard’s C-27J medium-range surveillance aircraft has started providing logistics support in the field.

Coast Guard’s crew from C-27J Asset Project Office and Florida’s Air Station Clearwater personnel have jointly unloaded cargo from a logistics mission. It has been completed in conjunction with a training flight.

The Coast Guard acquired ownership of 13 former Air Force C-27Js in 2014 and most of them are in long-term preservation at the 309th Aerospace Maintenance and Regeneration Group situated at Davis-Monthan Air Force Base in Arizona.

Currently, two aircraft are stationed at the C-27J APO at Elizabeth City and a total fleet of 14 aircraft will be upgraded with the equipment and systems to carry out the full spectrum of Coast Guard missions.

The Asset Project Office is using the aircraft to carry out initial training in its current configuration, and will assess performance and develop Coast Guard-specific tactics, techniques and procedures.

The C-27J is being incorporated into the Coast Guard’s Medium Range Surveillance Aircraft fleet, alongside the HC-144A Ocean Sentry.

It will help the Coast Guard in drug and migrant interdiction, disaster response and search and rescue missions, in addition to addressing maritime patrol and flight hours gap.