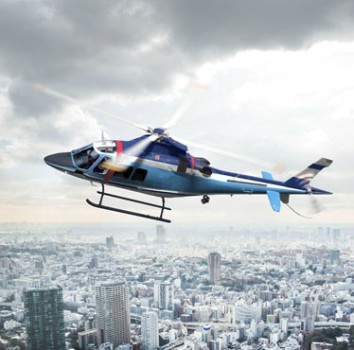 With the procurement of the two helicopters, Tokyo Metropolitan Police will become the first Asian law enforcement agency to operate this type of chopper.

The AW109 Trekker is expected to receive civil certification by the end of this year, with deliveries of the two choppers scheduled to take place by next year.

It can be deployed for a wide range of roles and is suitable for EMS, utility, SAR, law enforcement, surveillance and passenger transport applications.

The Italian aerospace company has already received more than 20 orders for AW109 Trekkers from customers across the globe.

Leonardo Helicopters said that its range of helicopters have seen continuous success in the Japanese market. So far, it has sold more than 150 helicopters in this region.

Additionally, more than 80 AW109 series helicopters are in service or on order in Japan, with more than 40 for law enforcement applications including the AW109, GrandNew, AW139 and AW101 models.