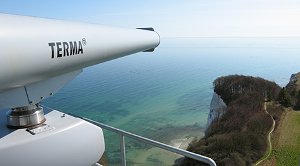 Terma has received a contract from an undisclosed Asian customer for the delivery of 114 radar systems for coastal surveillance purposes.

Aimed at replacing the customer’s existing radar systems, about two radar systems will be installed at each of the 57 sites.

"It works perfectly along with the well proven Scanter 2001i which is currently in use with customers all over the globe.

"This contract is a great opportunity for Terma to introduce the effective and competitive Scanter 2200 radar to the world market."

The delivery is set to begin during the second half of 2015 and would continue through 2016.

Further, the system is derived from the known Scanter 2001 radar, the solid state Scanter 5000 series radar, and the ground surveillance radar, Scanter 1002.