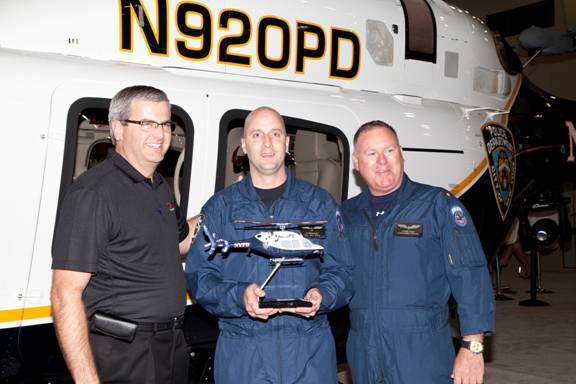 The New York Police Department (NYPD) has taken delivery of the final Bell 429 GlobalRanger twin-turbine helicopter from Bell Helicopter at the Airborne Law Enforcement Association Expo in Houston, Texas, US.

With the handover of the fourth Bell 429, the NYPD’s inventory currently includes two Bell 412EPs, a Bell 407 and four Bell 429 helicopters.

The helicopters are being operated by the department for an array of missions ranging from search and rescue at sea to gathering intelligence and combating terrorism.

Bell Helicopter North American sales vice-president Anthony Moreland said: "The NYPD has been a Bell helicopter operator for many years, and we take great pride in our relationship and providing them with our reliable aircraft."

The company has been a part of the NYPD since 1948 when it handed over a Bell 47, which was the first Bell helicopter to be used as part of an airborne law enforcement team.

The helicopter also boasts more cabin space, flat flooring and seating for seven passengers and one flight crew, and can be reconfigured for any number of different missions.

Apart from NYPD, the helicopter is also in use by the Delaware State Police, Fairfax County Police Department, Texas A&M University, as well as the Royal Australian Navy and the Canadian Coast Guard, among others.