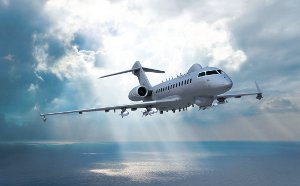 IAI executive vice-president and ELTA president Nisim Hadas said: "The new business-jet based MPA, in concert with UAS and shore-based systems will provide unmatched maritime domain superiority for the benefit of our customers."

The stores management system will control the under-wing weapons such as torpedoes and anti-ship missiles intended for anti-submarine warfare (ASW) and anti surface warfare (ASuW) together with dispensable Search & Rescue (SAR) stores.