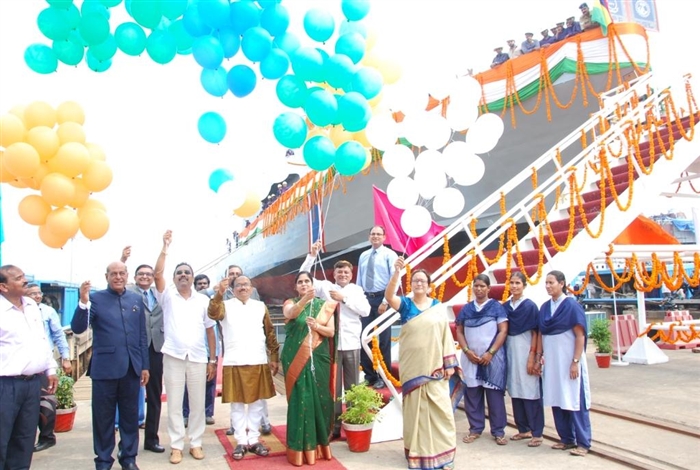 Mauritius High Commissioner Jagdishwar Govardhan was quoted by The Goan as saying: "This ship will be involved in search and rescue operations, surveillance within the national waters of Mauritius."

"We share common waters and Mauritius government deeply values commitments of the Indian government to co-operate with Mauritius in its efforts to secure the exclusive economic zone."

Named as MCGS Victory, the vessel is designed for coastal patrolling and anti-piracy, anti-smuggling, anti-drug surveillance and anti-poaching operations.

It can cruise at speeds of up to 35k.

GSL CMD rear admiral Shekhar Mital said: "Contract of the vessel was signed on 17 May 2014, while the keel of this vessel was laid on 18 Dec 2014. Launching of first of the series vessel, within 14 months of keel laying is a record in itself.

"He assured that the vessel as per the track record of GSL, will be delivered ahead of the contractual schedule of Sept 2016."