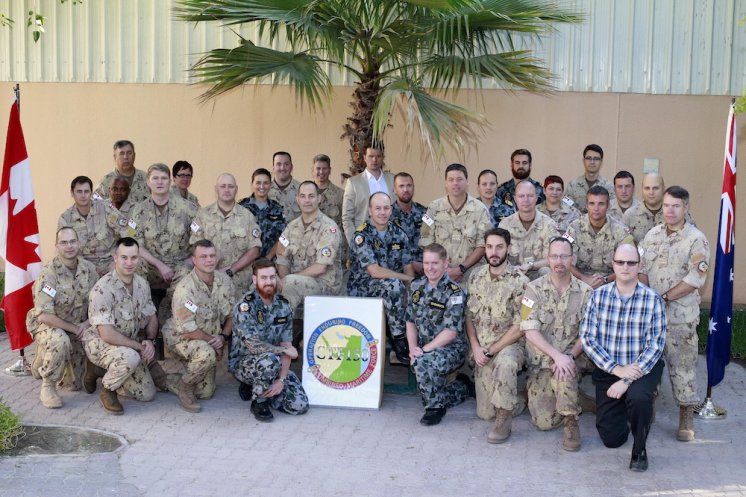 Personnel from the Royal Australian Navy have conducted deterring and disrupting terrorism operations as part of Operation MANITOU in the Middle East Region.

Deployed as part of Combined Task Force 150, about 31 personnel under the operation have gone through an exclusive headquarters staffing model.

Taskforce commander, Canadian commodore Brian Santarpia said: “Both Canada and Australia have regularly contributed to Combined Maritime Forces, and being here as often as we are, and as we share the same mission objectives the logical step was to be here at the same time, working together and in turn learn from each other’s experiences.

“Right from the beginning we have been planning and working in this integrated construct; my deputy and chief of staff is Australian Navy Captain, Nick Stoker, and his team have been with us through all phases of planning and training, including two weeks in Ottawa, Ontario, and another week and a half in Halifax, Nova Scotia.”

Challenges involved in the mission were covering the huge area of operations encompassing over two million square nautical miles.