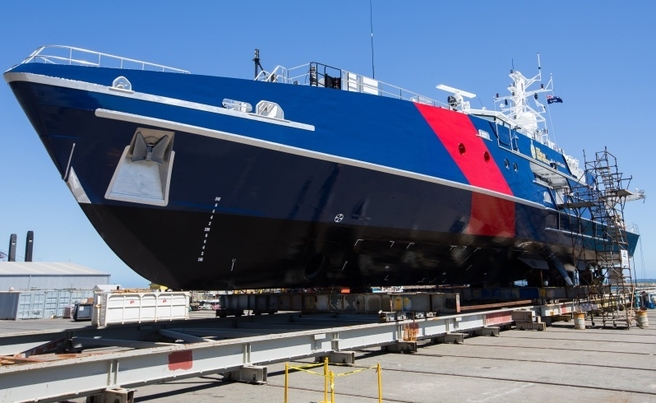 The Australian Customs and Border Protection Service (ACBPS) has taken delivery of Cape Sorell, which is fourth of the eight Cape Class Patrol Boats, from Austal.

"Austal continues to deliver the Cape Class Program on time and on budget.

"Delivering on time ensures our customer can reliably continue to deliver on the Border Protection obligations it undertakes to the Commonwealth of Australia."

Austal will also be tasked with delivering eight-year in-service support, which involves provision of full range of intermediate and depot level maintenance activities.

Mainly intended to replace ACBPS’ ageing fleet of Bay-class patrol vessels, the Cape-class patrol boats are capable of being deployed across the Australian exclusive economic zone (EEZ) and carryout a range of security and surveillance missions.

The CCPBs have the potential to undertake 28 day patrols and sail 4,000nm before being refuelling, while combating the full range of maritime security threats; carry more crew to more effectively and safely manage boarding missions; and launch two tender response vessels simultaneously.

Currently at various construction phases, the remaining four Cape Class vessels are scheduled for delivery by the end of late 2015.