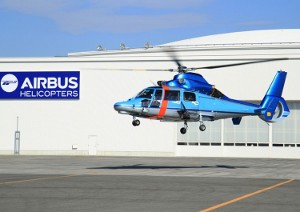 Airbus Helicopters has been awarded a contract to deliver two new Dauphin helicopters for the Japan’s National Police Agency.

Expected to be delivered in 2017, the two Dauphin helicopters will replace the aging aircraft which are currently operational with the two operators.

Airbus Helicopters Japan managing director Stephane Ginoux said: "With a long and successful career, the Dauphin continues to be the helicopter of choice for highly demanding public missions in Japan and around the world.

"This bestseller is backed by our full resources locally, providing prompt and efficient support and ensuring safe operations for customers."