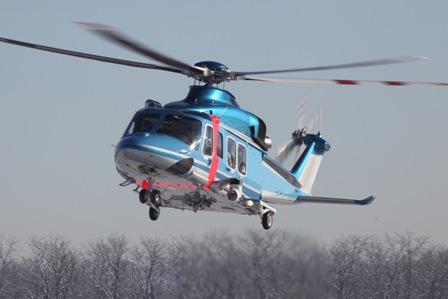 Tokyo Metropolitan Police has placed an additional order with AgustaWestland and Mitsui Bussan Aerospace for the intermediate twin helicopter, bringing the overall AW139s procured by the police agency to four.

Additional features include the Cineflex camera and iridium satellite antenna.

More than 40 AgustaWestland helicopters have been ordered so far to perform law enforcement missions including the AW139, the AW109 series and the AW101 helicopter types.

The helicopter can be deployed to execute a range of missions including search and rescue and maritime patrol duties with the Japan Coast Guard, law enforcement operations, firefighting and disaster relief roles.

AgustaWestland has received orders for over 800 AW139 aircraft in over 70 nations covering more than 200 customers and with 700 helicopters already being commissioned.