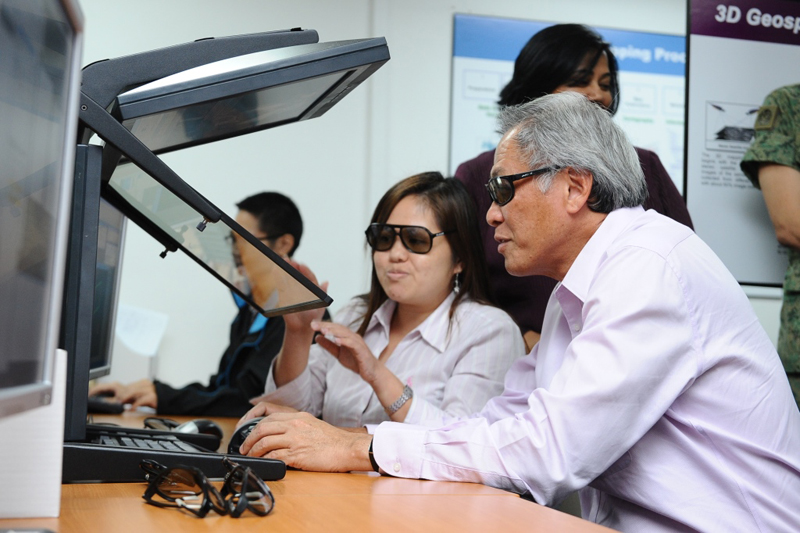 Based on the appropriate imagery reports and maps, as well as imagery and geospatial analysis support, the ISG’s Mapping Unit generates realistic three-dimensional virtual maps that help during disaster relief operations.

ISG commander, colonel Ng Boon Heong said: "The bedrock of ISG’s capabilities is premised not only on technologies and innovations but also on competent and committed people.

"ISG utilises images and open source information in a timely and effective manner to support the SAF in mounting HADR operations and PSO.

"ISG has played an important role in supporting the SAF in HADR operations and PSO thereby enabling Singapore to contribute as a responsible member of the international community."

ISG has supported Operation Flying Eagle in 2004, which involved delivering mapping and imagery support to the SAF in the wake of Indian Ocean earthquake and tsunami struck Aceh, Indonesia.

Image: Singapore Minister for Defence Dr Ng Eng Hen during his visit to ISG. Photo: courtesy of Government of Singapore.